yotisha (or Jyotishyam from Sanskrit jyotiṣa, from jyótis- "light, heavenly body") is the traditional Hindu system of astrology, also known as Hindu astrology, Nepalese shastra, Indian astrology, and more recently Vedic astrology. The term Hindu astrology has been in use as the English equivalent of Jyotiṣa since the early 19th century, whereas Vedic astrology is a relatively recent term, entering common usage in the 1980s with self-help publications on Āyurveda or Yoga. Vedanga Jyotisha is one of the earliest texts about astronomy within the Vedas. However, some authors have claimed that the horoscopic astrology in the Indian subcontinent came from Hellenistic influences, post-dating the Vedic period.In the epics Ramayana and Mahabharata, only electional astrology, omens, dreams and physiognomy are used.

Jyotiṣa is one of the Vedāṅga, the six auxiliary disciplines used to support Vedic rituals. Early jyotiṣa is concerned with the preparation of a calendar to fix the date of sacrificial rituals.Nothing is written on planets.There are mentions of eclipse causing "demons" in the Atharvaveda and Chāndogya Upaniṣad, the Chāndogya mentioning Rāhu. In fact the term graha, which is now taken to mean planet, originally meant demon. The Ṛigveda also mentions an eclipse causing demon, Svarbhānu, however the specific term of "graha" becomes applied to Svarbhānu in the later Mahābhārata and Rāmāyaṇa.

Serving our clients since 03 years now. We have provided successful services to thousands of the clients all over who have contacted us to seek guidance for their righteous path, some for assistance during their most adverse situation in life, even we face sometimes do and die situation. But it always been a pleasure helping our clients and giving them the best suggestion.

Take a look at the testimonials below to know,

"what our clients want to say about our services".

I'm a big skeptic. I do lot of research before I plunge into even deciding which person is best for the task. And I am very happy that I chose this site for understanding the depths of my chart. Basic chart reading is done by almost everyone. even I can. But in depth.. permutations and combinations change everything. Thank u Rakesh Jamwal for your knowledge and insight. I am very very pleased. 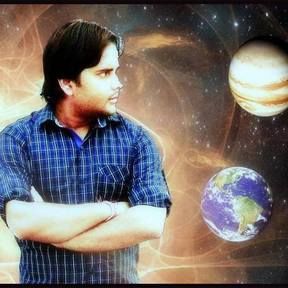 Krishndhaam Jyotish and Spiritual Professional Services are part of " The Vedic Sidhanta " Project founded with the motive of Guiding, Counselling, and Motivating Seekers via our various consultancy services in the field of Vedic Jyotish system for those who have contacted us to seek guidance for their righteous path.

At Krishndhaam, we are happy when our clients give us the positive response to our services in the form of testimonials. We feel privilege by serving you all. Anytime you need our help, please feel free to contact us and we promise to give you our best as always.